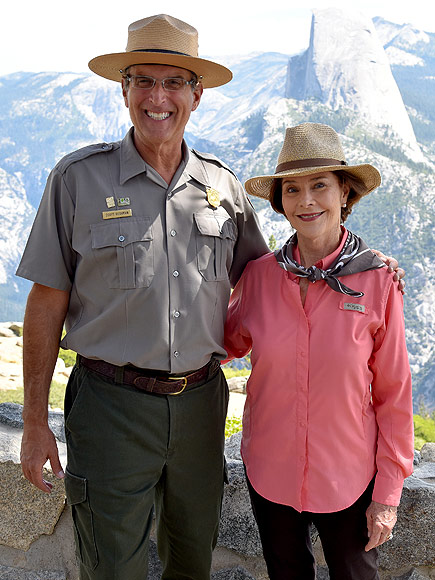 Laura Bush with a park ranger in Yosemite National Park

Laura Bush has been hiking and camping with her childhood girlfriends from Midland, Texas, every summer since they all turned 40. And don’t tell her husband, George Bush, but she likes to keep her roughing-it a “girls only” affair.Except when it comes to chivalrous park rangers, that is.

The former First Lady, 68, and her friends gave PEOPLE an exclusive peek inside their visit to California’s Yosemite National Park late last month, as part of the National Park Service‘s yearlong centennial celebration, which Bush co-chairs with First Lady Michelle Obama, and which kicks off on Tuesday, the service’s 99th birthday.

Sporting some of her camping must-haves – sunscreen, a hat, sunglasses and “really comfortable clothes with great hiking boots” – Bush tells PEOPLE how she and her gal pals don’t sweat mishaps in the wilderness. 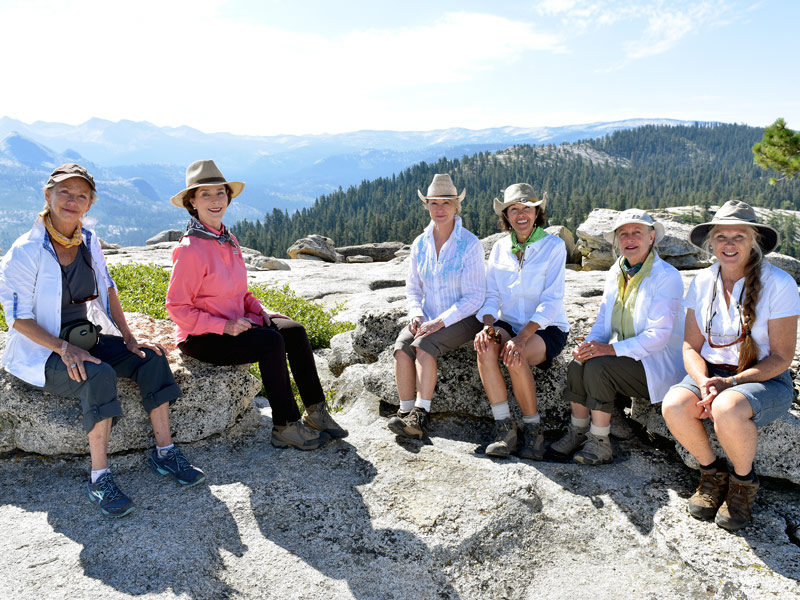 “We laugh the whole time we walk, even when we’re miserable in pouring rain, and always make it into a funny story at the end,” Bush says. “That’s the great part of hiking with just women.”

“Plus,” she adds with a chuckle, “there are lots of men – rangers, et cetera – who want to help us when it’s just us.” (Note in the video that one such park ranger gallantly holds Bush’s arm as she navigates an incline.) 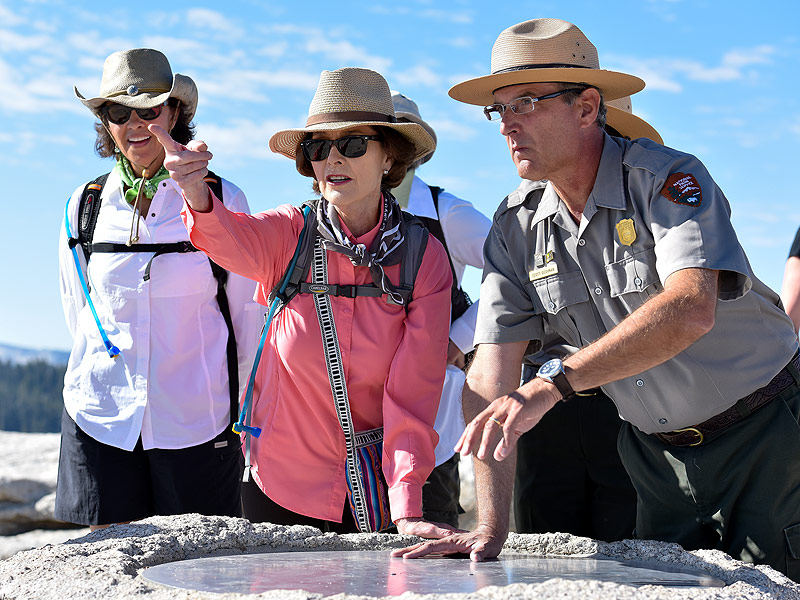 Another perk? “We don’t get mad at each other if the tent doesn’t go up. There are no tense moments like there might be if George was the one trying to put up the tent or roll out the bedroll or whatever.”

In a candid and joking mood, Bush laughed as she spoke about her hiking poles doing double duty these days – “They’re sort of like our walkers now, at our old age” – and said that, while she’s no pampered “glamper,” she and her friends do like to treat themselves at the finish line. 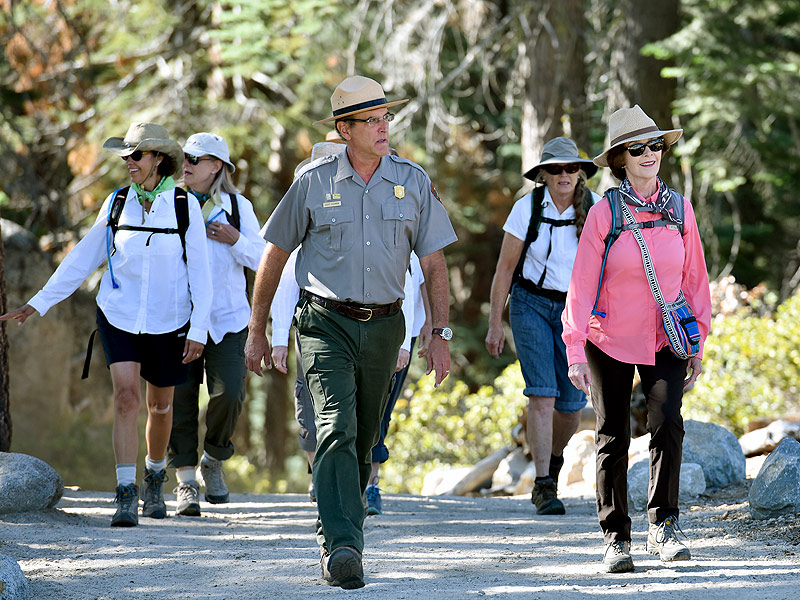 “We always try to end off at some type of spa, or at least a motel with a shower.”

Encouraging families everywhere to Find Your Park and explore natural wonders in their own states, Bush says her camping buddies are not all that she carries with her from her childhood on these outdoor adventures – she also brings her mother’s love of nature. 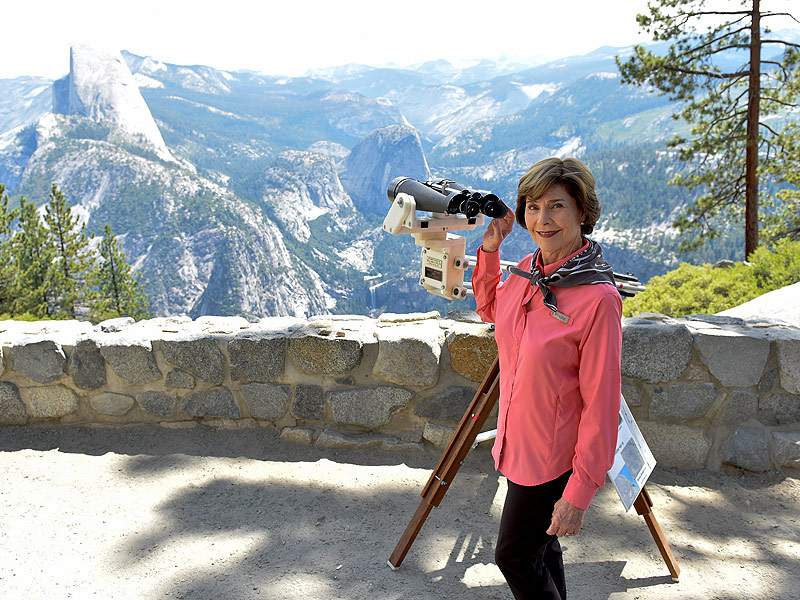 “I really got that from her,” Bush says of her mother, Jenna Hawkins. “When I got my Girl Scout bird badge, my mother was our Girl Scout leader, and from that, she got a lifelong interest in birdwatching. It was slightly irritating when I was a teenager, trying to sleep in the back of the car on a long ride, and she would wake me up to look at some certain bird. But, really, it was a wonderful heritage to get that from her.”

And it’s one Bush has shared with her daughters – twins Barbara and Jenna, 33 – and granddaughters Mila, 2, and newborn Poppy Louise. The Bush women track with color-coded pins the various parks they’ve visited on a big wall map that Jenna’s husband, Henry Hager, gave his mother-in-law for Christmas.