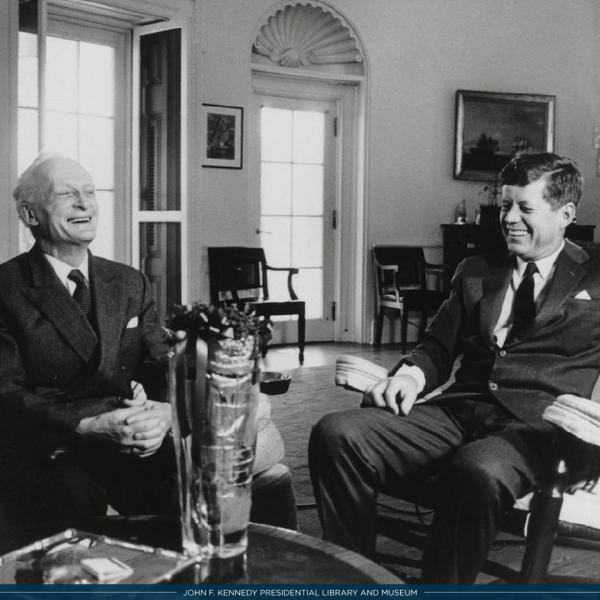 In 1963, President John F. Kennedy received a gift of shamrocks from Irish ambassador Thomas J. Kiernan in the Oval Office.

Each year the president gets a crystal bowl of shamrock sprouts from Ireland as a symbol of the bond between our two countries. Since 1953 the gift has been delivered by the Irish prime minister or the Irish ambassador.  At a reception in the East Room Yesterday, President Obama joked that the next four years are “shaping up to be very green ones here in the White House.” He said that his new chief of staff, national security adviser, CIA director and new head speech-writer were all Irish “and Joe Biden has very kindly agreed to stay on as Irishman-in-Chief,” he said.  Later in his remarks he noted how Ireland has helped New York following hurricane Sandy and more, “And that’s the story of America and Ireland: we look out for each other, we have each other’s backs and we recognize that no challenge is too great and no obstacle is too high if you’ve got a friend beside you and a nation behind you. That’s been our history; that will be our future.” 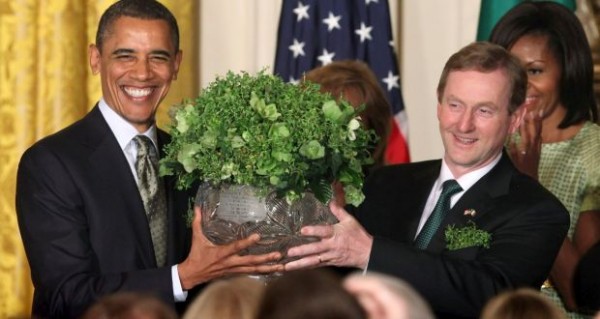