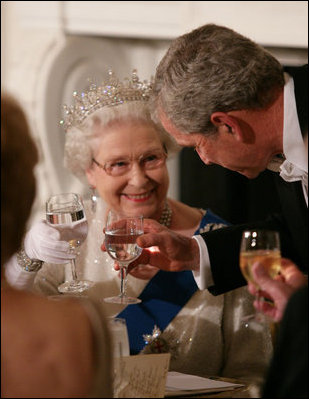 Today, Queen Elizabeth becomes the longest serving British Monarch, surpassing her great grandmother Queen Victoria.  Her Majesty, Queen Elizabeth II first came to Washington D.C. as Princess Elizabeth in 1951 with his Royal Highness, Prince Philip, the Duke of Edinburgh and stayed with President Harry Truman and his family at Blair House.  She returned in October 1957 for a State Dinner as the Queen during the Eisenhower Administration.  Although she hosted several first families in the United Kingdom, it was not until 1976 that she returned to the White House for a State Dinner with the Ford Administration.  Since Ford, she met with every first family in Great Britain hosting them with formal dinners, tours and more.  She did stay with President and Mrs. Reagan in California in March of 1983.  Her next trip to the White House was for a State Dinner with President George H.W. Bush and Mrs. Bush on May 14, 1991.  Her most recent trip to the United States was under the George W. Bush Administration.  To celebrate the 450th Anniversary of Jamestown, the first permanent English settlement in North America, Queen Elizabeth II and Prince Philip visited the White House on May 7, 2007. 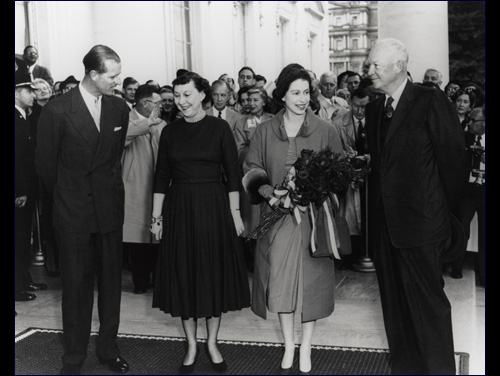 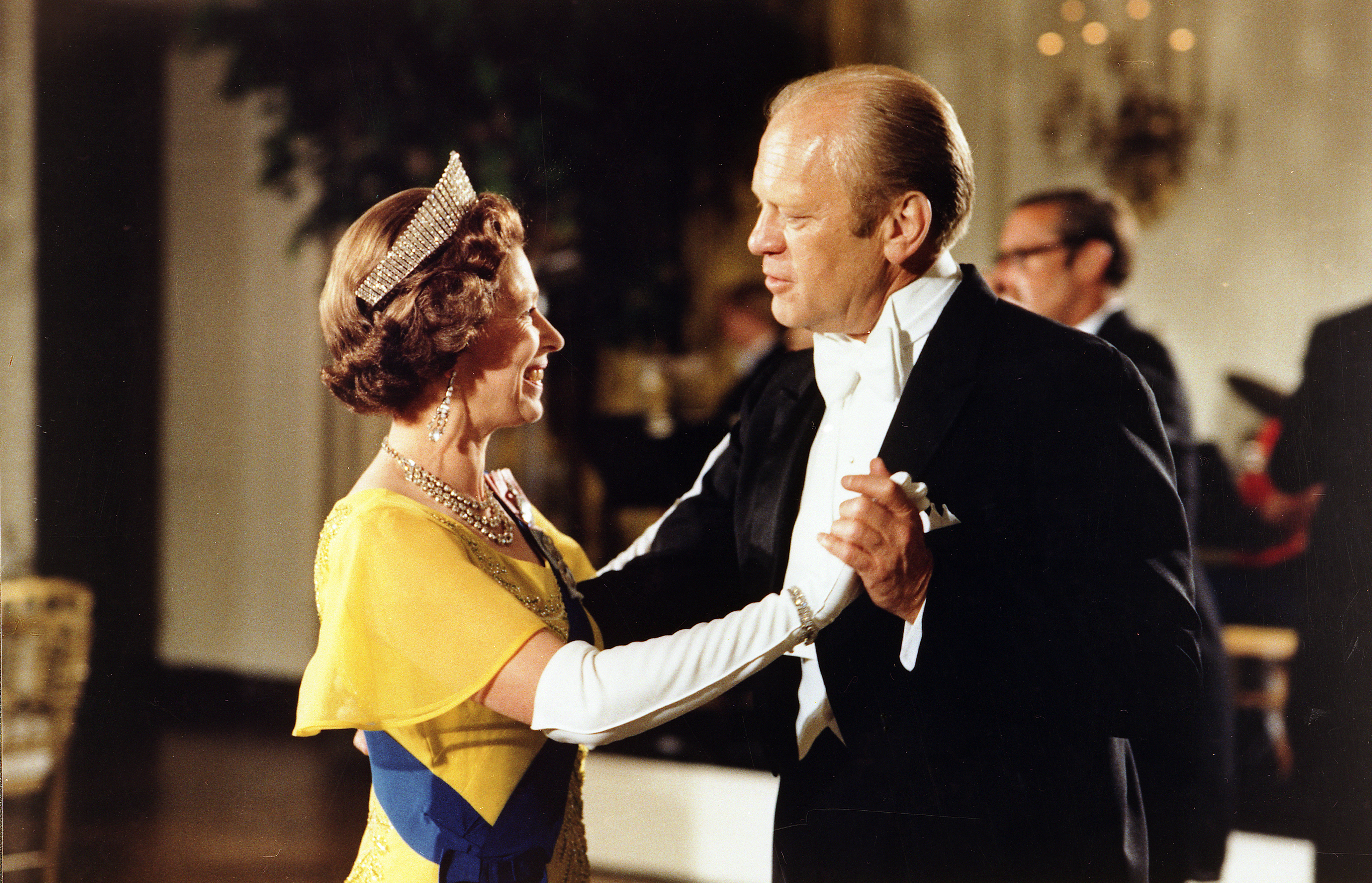 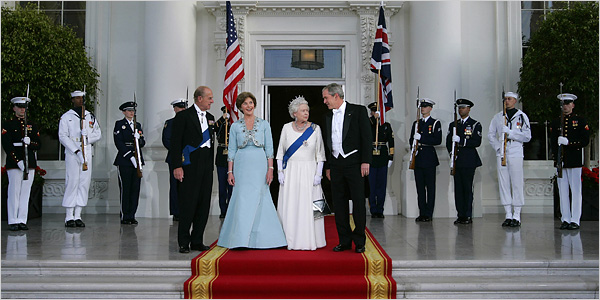 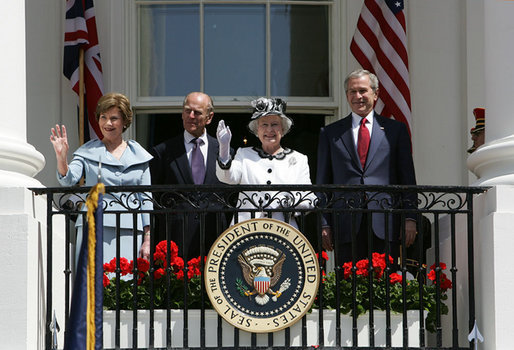 To celebrate the 450th Anniversary of Jamestown, Queen Elizabeth II and Prince Philip, the Duke of Edinburgh visited the White House on May 7, 2007.

“Our two nations hold fundamental values in common. We honor our traditions and our shared history. We recognize that the strongest societies respect the rights and dignity of the individual. We understand and accept the burdens of global leadership. And we have built our special relationship on the surest foundations — our deep and abiding love of liberty.” 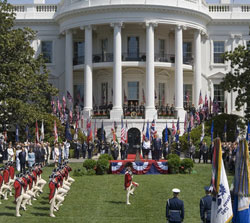