Monday night First Lady Michelle Obama, looking very happy in a Barbara Tfank dress, held the first ever “Kids’ State Dinner” for winners of a nationwide recipe contest, the Healthy Lunchtime Challenge. 54 children representing all U.S. states, three territories and the District of Columbia attended the luncheon featuring a selection of healthy recipes from the Healthy Lunchtime Challenge. The Challenge was created in support of the First Lady’s Let’s Move!initiative, which aims to help solve the problem of childhood obesity within a generation. Even the President attended the event! “I had to crash the party because I did not want to miss out on all the fun,” said President Barack Obama in front of dozens of aspiring chefs in the East Room of the White House. The room and table décor was all aimed for the kids. And the food that was served was from their very own recipes. “Your recipes truly stood out,” Mrs. Obama said to the crowd.” You came up with dishes that were packed with nutritious, delicious ingredients — dishes that are good for you but more importantly they taste good, too. See? It can happen.” Mrs. Obama called the luncheon the “hottest ticket at the White House,” and from the photos I would have to say she was right. 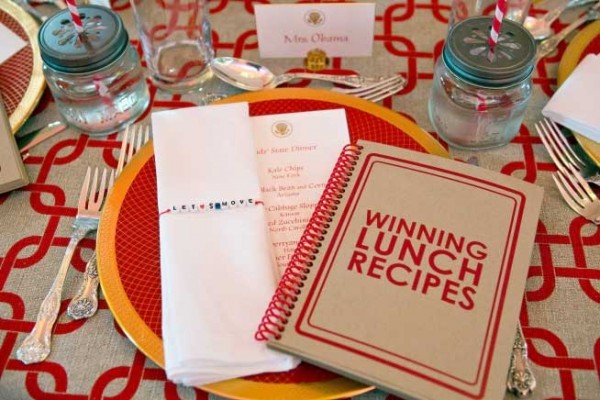 A booklet of the winning lunch recipes was included as part of the place setting at the Kids’ State Dinner in the East Room of the White House, Aug.20, 2012.(Official White House Photo by Sonya N. Hebert) 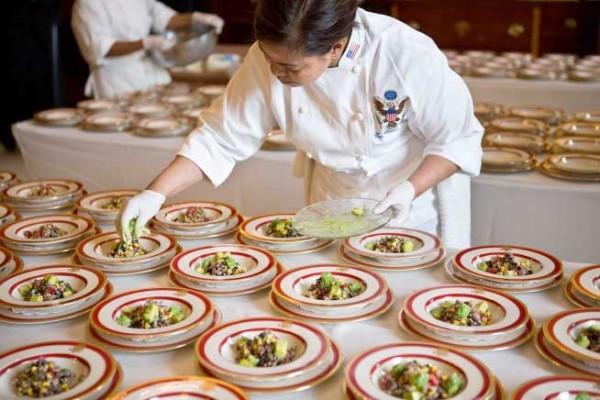 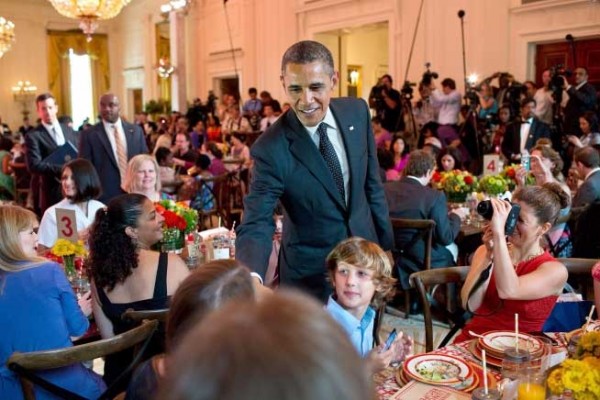 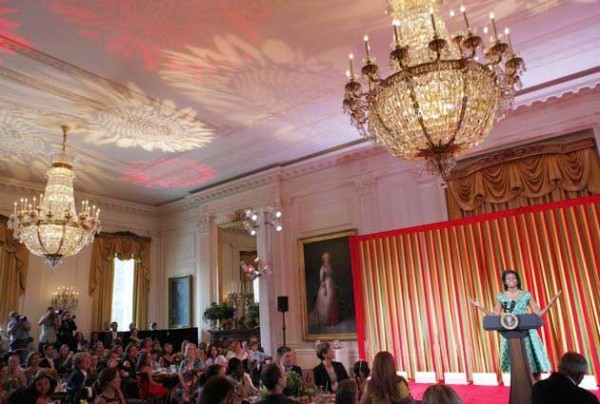 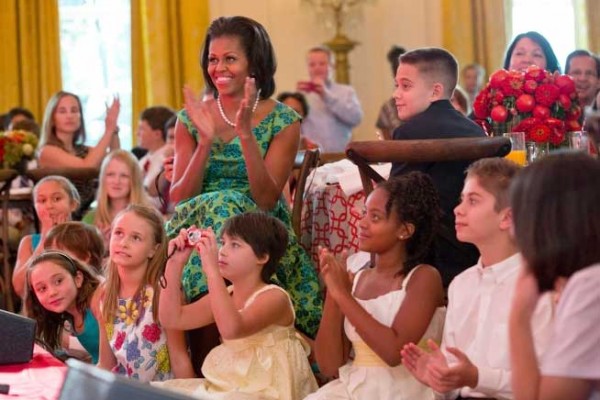 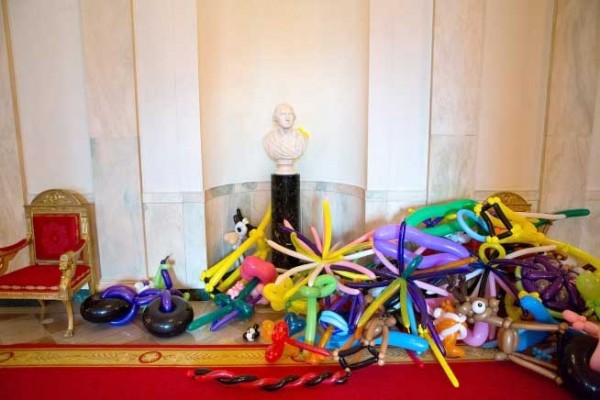 Balloon creations are piled under the George Washington bust in the Cross Hall of the White House during the luncheon.(Official White House Photo by Chuck Kennedy) 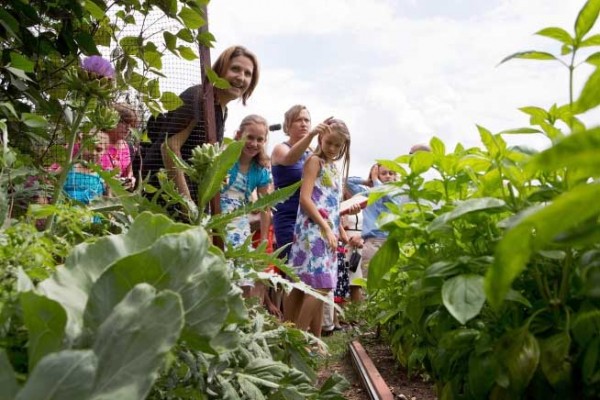