Christmas at the White House

AND REFLECTIONS FROM AMERICA'S FIRST LADIES 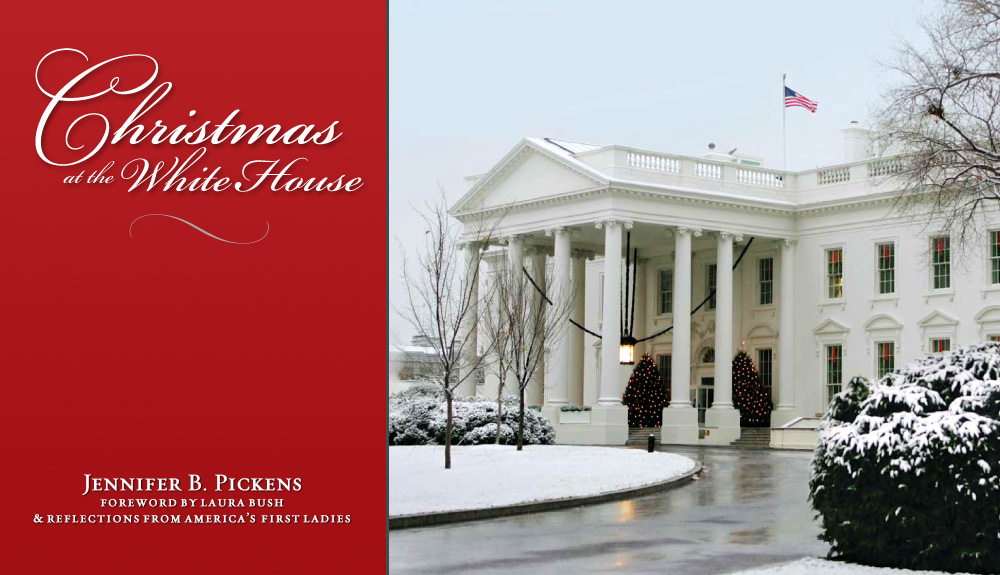 Christmas at the White House beautifully documents the lavish public and private Christmas decorations, celebrations, themes, and traditions spanning half of a century inside the world’s most famous address: 1600 Pennsylvania Avenue. Illustrated with more than 500 exquisite photographs, most of which have never been viewed by the public before, this 408 page book is the first documented and published history of fifty years and nine different administrations beginning in the early 1960s with First Lady Jacqueline Kennedy, who initiated formal Christmas themes at the White House.

Christmas at the White House

Illustrated with more than 500 exquisite photographs, most of which have never been viewed by the public before, this 408 page book is the first documented and published history of fifty years and nine different administrations beginning in the early 1960s with First Lady Jacqueline Kennedy, who initiated formal Christmas themes at the White House. 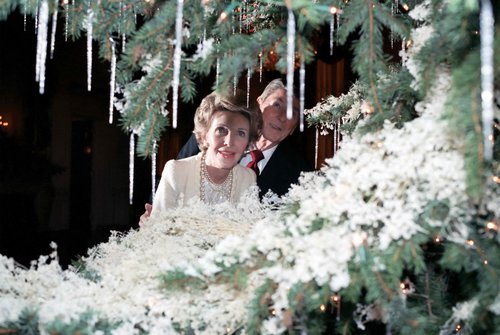 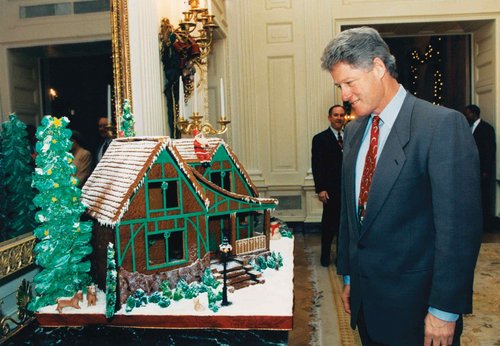 With a Foreword written by First Lady Laura Bush, this singular book has earned the devotion of six of the most recent United States First Ladies, all of whom penned introductions to their sections. Read what Betty Ford, Rosalynn Carter, Nancy Reagan, Barbara Bush, Hillary Clinton, and Laura Bush have to say about how they celebrated Christmas inside America’s most special home. 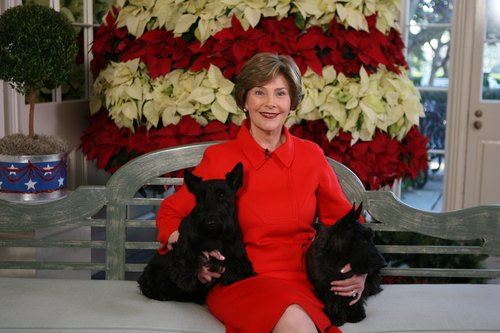 “This book should be on every person’s gift list, regardless of age or nationality,” says Letitia Baldrige, Jacqueline Kennedy’s former White House Social Secretary, who wrote the introduction to the section on the Kennedy years.First Daughters Lynda Johnson Robb and Tricia Nixon Cox provided insights into what Christmas was like when they were at the Executive Mansion. 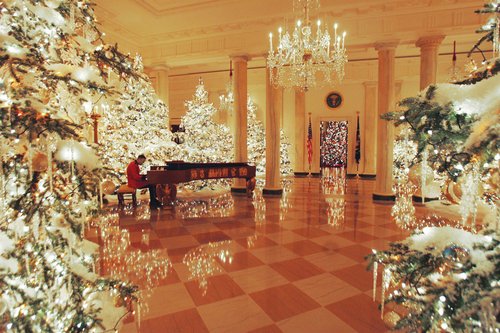 Christmas at the White House provides a spectacular view into one of the most historic homes in the world, during the most magical and beautiful time of the year.

A portion of the proceeds from this book will go to the White House Historical Association. 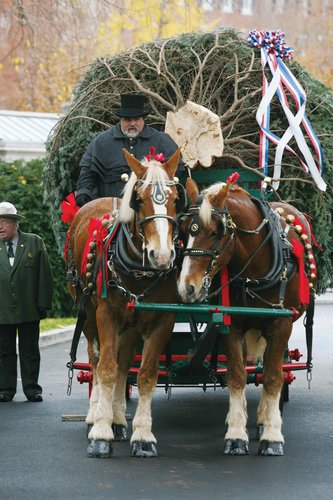 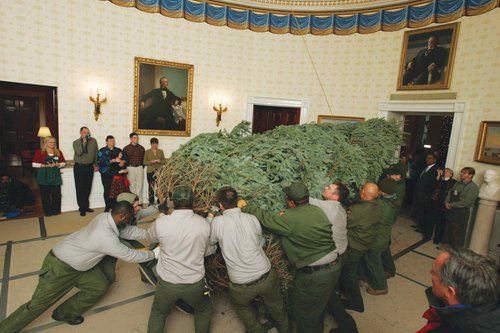 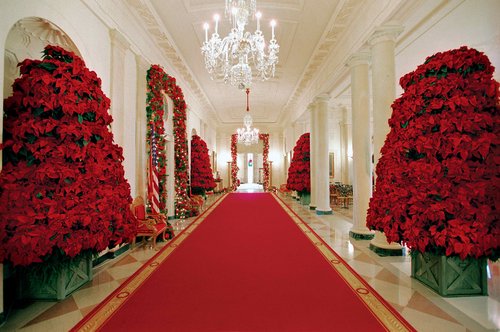 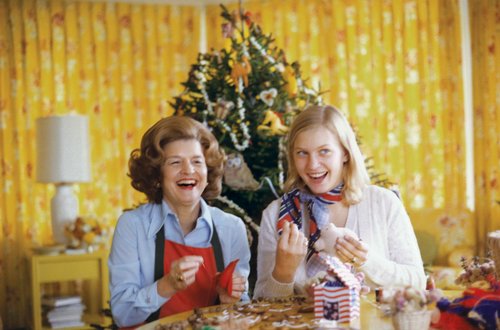 "This book brings back so many wonderful memories. Christmas is such a special time at the White House and is most beautiful during the holidays. I remember all the great fragrances from the decorations -- the smell of pine trees, cinnamon, gingerbread, currants, berries and nuts. I've become very nostalgic and rather melancholic, in a happy way, reading this book."

"Jennifer Pickens' fine book takes us home for Christmas to America's most famous house, where the ceremonies of public performance and the charm of intimate family life, captured in rare photographs and engaging text, add up to a memorable holiday classic."

"There is no other building in the world that is more important than the White House…and so I considered my job of creating the gingerbread house each Christmas as a very important one. I made a unique and different one each year. Children loved them and so did the Presidents and First Ladies. It was my favorite part of the holidays, because making them made me feel like a kid again. I am thrilled they have all been documented into one singular book."

"Your book is fantasy coated in sugar crystals and warm memories of better times.Thank you for capturing the best of the past." 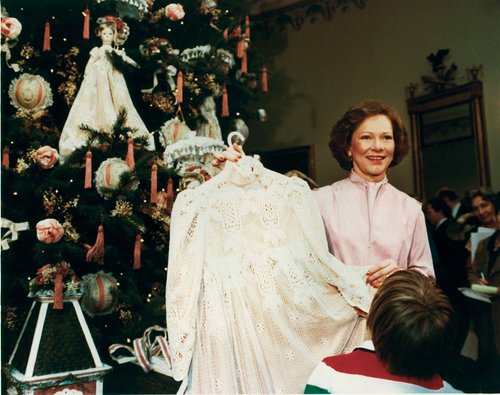 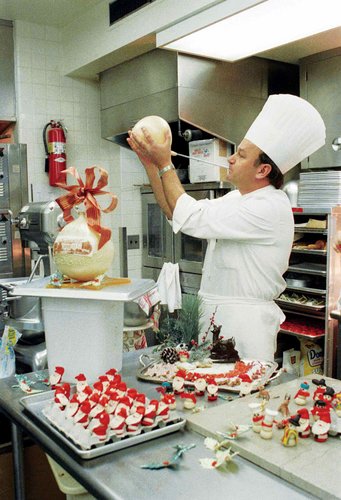 Christmas at the White House: Reflections from America’s First Ladies

Five Stars (out of Five)

The White House: it is both the most recognized home in the United States and, in some ways, the most mysterious.  At the forefront of American history for so many years, the mansion is infused with generations of holiday traditions, but the number of people who actually get to glimpse the December White House in all its decorative glory is very small.

Jennifer B. Pickens visited the White House for the first time in 2004.  She was so impressed with First Lady Laura Bush’s “A Season of Merriment and Melody” theme that Pickens wanted to share the joyous experience with her friends and family.  She was disappointed to discover that no book had been written about Christmas at the White House and decided to remedy the gap.  The result is a collection of charming photographs and detailed descriptions of the efforts of nine recent First Ladies to make the White House festive and enchanted during the holiday season.  Pickens also includes excerpts from the First Ladies’ own reflections.

Pickens’ description of the decorations, along with the work that goes into them, are thorough and enjoyable.  Not only does she show talent at choosing words and phrases, but she also includes a host of fascinating facts about things like the weight of the traditional gingerbread house, for example.  Charmingly, she manages to show glimpses of the presidents and their families as they celebrate: a playful picture of Nancy Reagan sitting on Santa’s lap (who happens to be President Reagan), and a picture of George W. Bush decorating a cookie in the White House kitchen.

This delightful collection of essays and photographs is refreshingly apolitical.  Pickens only seems to be concerned with enchantment and beauty, which is evident in a paragraph about Christmas in President Nixon’s White House: “The vibrant décor contrasted with the dark mood of the political scene, where events were unfolding that would lead to the President’s resignation in the coming year.  Yet the First Lady found comfort in a bird’s nest that she discovered in the branches of the eighteen-foot tree.  During a press tour she called it an ‘an omen, a sign of very good luck.  I’ve heard it forever that if you get a tree with a nest it’s good luck.”

Christmas at the White House has wide appeal and is sure to delight lovers of Christmas and Americana.